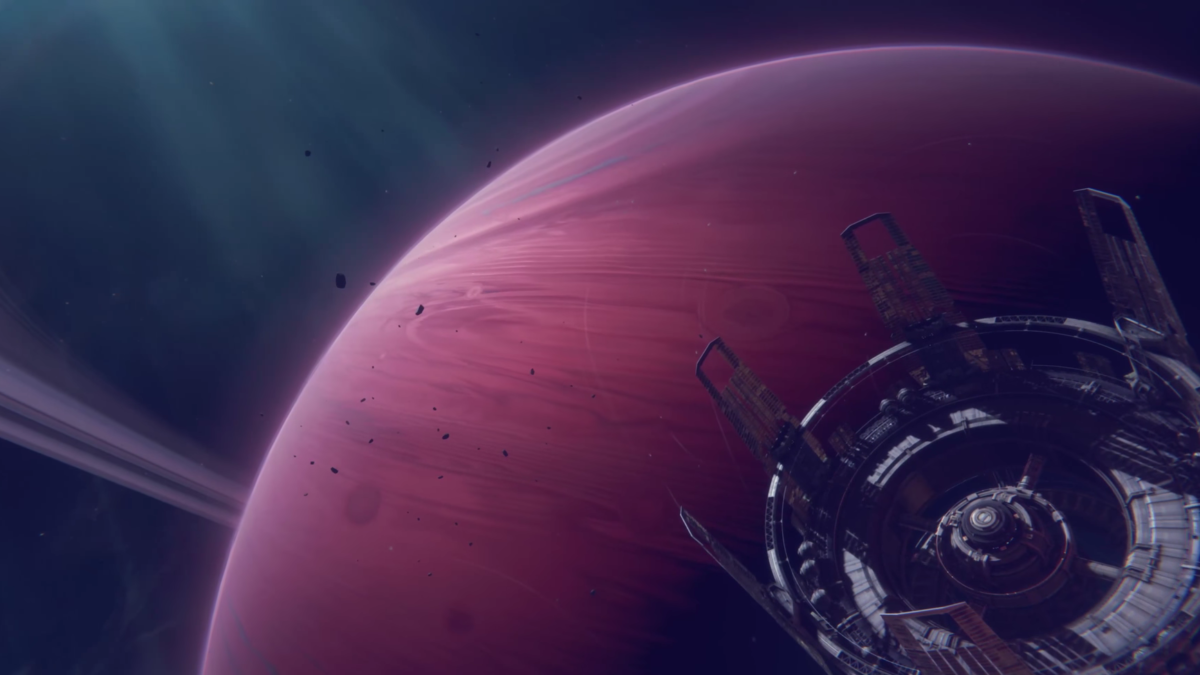 IXION is a space survival and strategy game that combines elements of city building, colony management, and exploration into a challenging single-player adventure.

You play the Administrator of a space station named Tiqqun. You are tasked with finding a new home for mankind while maintaining the station’s infrastructure, securing supplies for its population, controlling energy usage, and launching science expeditions.

Throughout the game, cutscenes guide the player through exciting chapters of a story that reveals new challenges and possibilities to achieve their mission.

To ensure the success of the community, players have to seek out new means of providing for it. This includes researching stellar maps, as well as taking out probes from space objects to identify potential dangers and resources.

Players also need to make changes and enhancements to the Tiqqun station in order to keep it flying and expand and improve the living space on it.

A Data Listening System allows players to keep tabs on the crew and prevent rebellion among the workers.

Throughout the game, players have to handle power outages, electrical fires, and hull breaches. To deal with these emergencies, they have to develop and maintain power backups, fire detection, and quick-repair systems.

IXION is a mix of a management simulation with science-fiction storytelling. The game impresses with beautiful space-themed scenery and ambient music. There is a lot of freedom in terms of how you want to play and develop your strategy, so people who like to be challenged will find this title to be very engaging.

Can you play IXION on Mac?

It is possible to play IXION on a Mac, however, you will need to use alternative methods as the game is not officially supported on macOS.

When it comes to playing this game on a Mac, cloud gaming is the most time- and effort-efficient option. IXION is now available to play without the need to download it by cloud gaming on Boosteroid or GeForce Now.

You can play IXION locally on a Mac if you’d rather not use the cloud service, but you’ll need to use a third-party application like Parallels or Boot Camp Assistant to run Windows.

If you want to download IXION on your Mac, you’ll need to set up a virtual machine with Windows. Despite that this may sound like something very complex, this is a simple task if you do it with the help of Windows emulation software like Parallels or Apple’s Boot Camp Assistant.

After you’ve set up Windows, you can get IXION for Mac from Steam and install it as you would any other Windows game.

How to Play IXION on Mac?

You can play IXION on Mac with Boosteroid or GeForce Now, or after you install Windows on your Mac via Parallels or Boot Camp Assistant.

How to play IXION on Mac M1?

Streaming the game using Boosteroid or GeForce Now and playing it in the browser is one way to play IXION on a Mac M1, or you may use Parallels to set up a Windows Virtual Machine and then download the game and play it there. Unfortunately, IXION cannot be played on a Mac M1 using Boot Camp since the program is not compatible with the M1 processors.

Even while there are benefits to playing games locally on a Mac, we think that most Mac users would be better off using a cloud gaming service instead since it is more convenient and less likely to cause their Mac to overheat when playing games.

Play IXION on Mac with Boosteroid

You can play IXION on Mac (M1 and Intel models) with Boosteroid. Read our detailed guide.

How to Play IXION with Boosteroid

You can play IXION on Mac (M1 and Intel models) with Geforce Now. Read our detailed guide.

How to Play IXION with Geforce Now

Play IXION on Mac with Parallels

You can play IXION on Mac (M1 and Intel models) by installing Windows on your Mac with Parallels. Read our detailed guide.

How to Play IXION with Parallels

You can play IXION on Mac (Intel models only) by installing Windows on your Mac with Boot Camp Assistant. Read our detailed guide.

How to Play IXION with Boot Camp
Mac How To, reviews