4 days ago 5 min read
We use cookies to enhance your browsing experience, serve personalized ads or content, and analyze our traffic. By clicking "Got it", you consent to our use of cookies.
Learn more Got it!
We are supported by our audience. When you purchase through some links on Macresearch.org, we may earn a commission. Here’s why you can trust us. 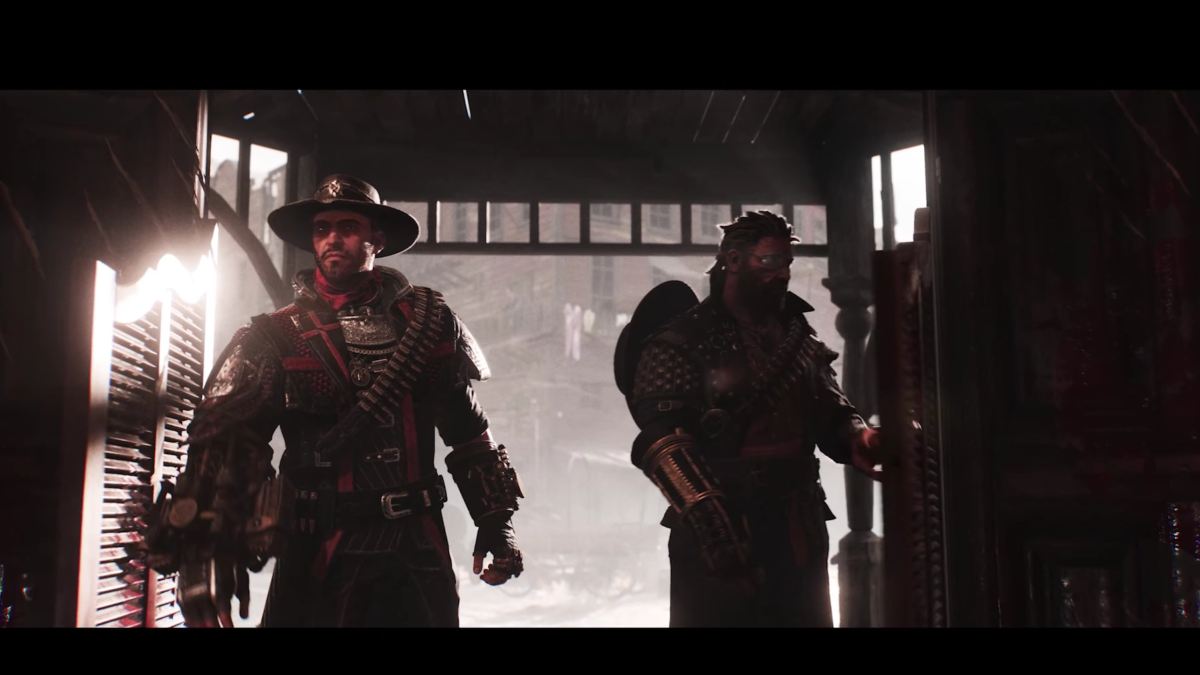 Evil West is a third-person vampire shooter that immerses the player in a Wild West setting. You take on the role of Jesse Rentier, an agent in a secret organization specialized in fighting supernatural creatures, who sets out on a hunt for a high-ranking vampire preparing to declare war on humanity.

Your character is equipped with an arsenal of deadly guns, such as a revolver, a rifle, and a flamethrower, as well as melee weapons like an electrically charged gauntlet and an axe.

Combat is brutal and explosive, teeming with bloodthirsty monsters. When an enemy is stunned and staggered by a melee strike, the player has an opportunity to finish them off with a special move.

The player can also get an edge in battle by taking advantage of their surroundings, for example, by kicking an opponent into a spike trap or firing explosive barrels.

New skills and abilities can be unlocked as the player advances through the game.

Bosses are rare to encounter throughout the game, but they are powerful and come with their own special attack moves. They also have layers of defense that you need to tear through in order to defeat them.

Evil West is a well-executed and straightforward vampire-hunting Wild West shooter that can give you hours of enjoyment. If you’re in the mood for a great story-driven campaign and some exciting action, you should definitely check this title out. The game can also be played in two-player co-op mode, giving you a shared experience.

Can you play Evil West on Mac?

Gamers who want to play Evil West on a Mac can do so with the help of the methods that we will describe in the next lines. First of all, we need to make it clear that Evil West cannot be played on a Mac directly because there is no official Mac OS version of the game. Therefore, players who want to enjoy Evil West on their Macs need to resort to workaround methods.

The quickest and easiest one is to play Evil West with cloud gaming. Presently, the game is available in the Boosteroid and the GeForce Now libraries, and players only need an account and a subscription to stream the game directly in their browsers.

These solutions do not guarantee a gaming experience that is identical to playing the game on a Windows PC, but they can get you as close as possible to that, so we suggest you select a method to play Evil West on your Mac and give it a try.

You can download and play Evil West on your macOS, but before you can do that, you first have to install Windows OS on your Mac, and only after that you can install the game and enjoy it.

If you need assistance in installing Windows OS on a Mac machine, our recommendation is to use professional software like Parallels and Boot Camp Assistant (on Intel-based Macs). These two programs are easy to set up and can give you a gaming experience that is satisfying enough to play Evil West on your Mac without major issues. Of course, your Mac’s specifics do matter, unlike when playing in the cloud.

How to play Evil West on Mac?

If you want to play Evil West on Mac, you first need to get ownership of the game.

How to play Evil West on Mac M1?

There are two ways you can play Evil West on Mac M1 and we will explain them in the links below. Basically, if you don’t want to waste time downloading and installing the game, you can stream it with Boosteroid or GeForce Now and enjoy it in your browser.

If cloud gaming is not an option for you, you can use Parallels to create a Windows virtual machine on which you can easily download Evil West and install it to play.

Both options that we mention here are workarounds, but they should work just fine on a Mac M1 and let you play Evil West without facing major problems.

You can play Evil West on Mac (M1 and Intel models) with Boosteroid. Read our detailed guide.

How to Play Evil West with Boosteroid

You can play Evil West on Mac (M1 and Intel models) with Geforce Now. Read our detailed guide.

How to Play Evil West with Geforce Now

You can play Evil West on Mac (M1 and Intel models) by installing Windows on your Mac with Parallels. Read our detailed guide.

How to Play Evil West with Parallels

You can play Evil West on Mac (Intel models only) by installing Windows on your Mac with Boot Camp Assistant. Read our detailed guide.

How to Play Evil West with Boot Camp
Mac How To, reviews