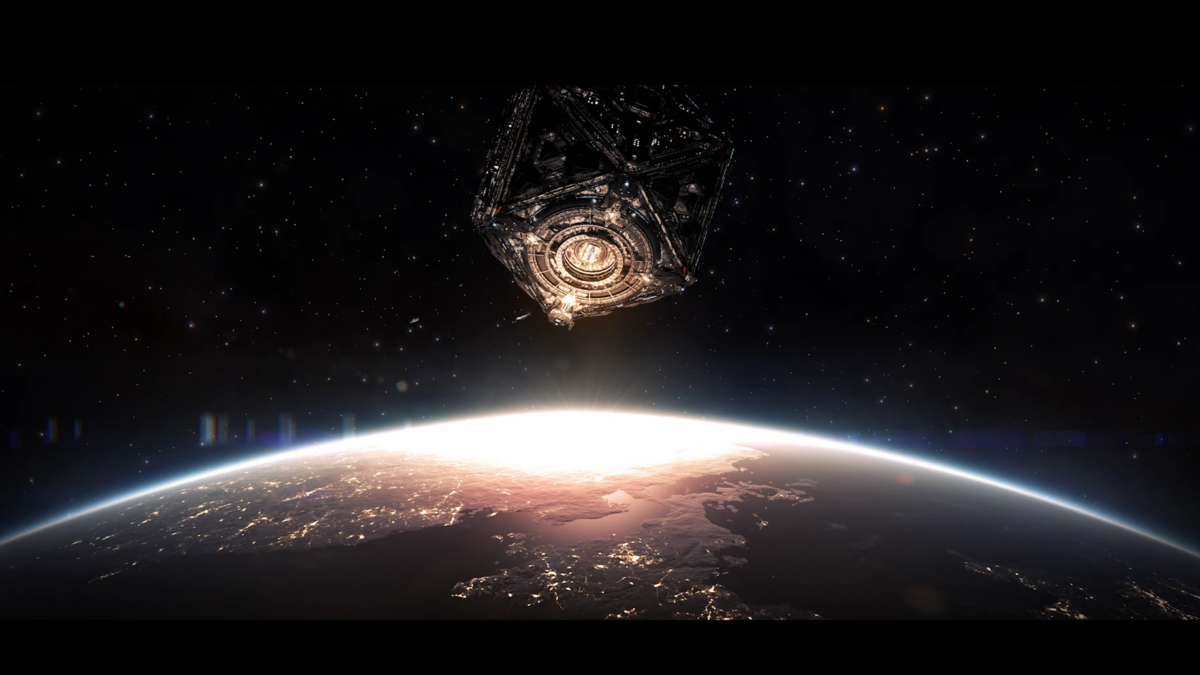 Elite Dangerous is a simulation video game in which players take control of a spaceship and sets to explore the Milky Way galaxy that is shown as a 1:1 scale open-world model. There are over 400 billion star systems with planets and moons that spin and orbit in real-time and may be explored by the player in the Elite Dangerous virtual universe.

One of the highlights of Elite Dangerous is that the game features an online multiplayer mode called Open Play which gives access to a massively multiplayer persistent universe, and a single-player online-only experience.

In the early stage, the struggle is to accumulate enough credits to upgrade from your basic Sidewinder. However, throughout the course of the game, as players progress, they may use their accumulated money to improve or buy additional ships which are really exciting.

The developers of the game have really put their efforts into giving the players a very realistic experience and have used actual astronomical data to recreate around 150,000 of the game’s star systems that may be found in the virtual universe.

The thrill when you first buy a new ship and hear the new engine sounds it produces gives a very special feeling of joy. The addition of more weaponry and more cargo space as you level up gives you more opportunities to grow while protecting and improving your spacecraft in a never-ending cycle is a rewarding experience.

The engines, weaponry, sensors, and other modules that go into a spacecraft may all be customized by the players. Arx, a second in-game currency that can be purchased with real money, allows users to make aesthetic modifications to their ships, such as changing the color of their ship or adding decorative pieces.

As the game progresses, the player (referred to as a “Commander” or “CMDR”) is tasked with taking part in a variety of activities, such as trading, mining, transportation, exploration, assassination, and even piracy to earn more money and reputation.

In order to trade products, buy new spacecraft, re-arm their ship, perform maintenance, and execute assignments from Mission Boards, players may dock their ships at space stations and outposts situated around the galaxy in star systems.

The exploration of the open world may lead players on a quest to investigate Unidentified Signal Sources find lost cargo or come across other space ships.

Players may join an in-game faction and contribute to it by performing faction tasks, while also receiving different rewards for their contribution. Power, territory domination, and future goals are all determined by the collective accomplishments of each faction.

Factions have their own line of space ships which may only be acquired by gaining rank within the faction, except for Alliance ships, which are not restricted by rank.

Combat, Exploration, and Trading are three main player roles that each have their own unique ranks (also known as player status). Completing tasks assigned to one of the three roles earns players experience points and raises their rank in the game.

Elite Dangerous excels in combat, and upgrading your ship’s arsenal with additional weapons, missiles, and shootybangs is where most players will find the greatest satisfaction and game progression over time. You’ll also have a chance to witness the faction system in action during the battle. With each minor success against an opponent, the balance of power shifts in favor of one side or the other.

To sum it up, Elite Dangerous is a gorgeous arcade game set in an empty galaxy that gives the impression of having so much to see and do. The astronomically correct recreation of star systems offers you a lot to learn and explore, while the combat gives the thrill.

Can you play Elite Dangerous on Mac?

Presently, Elite Dangerous does not have a Mac OS version that could be played natively, but even though the game is not officially supported, there are several ways to play Elite Dangerous on a Mac.

One of them is to turn to a cloud gaming service like Boosteroid. Another way to play the game is to use Boot Camp or Parallels to run Windows on your Mac and then download the Windows game version of Elite Dangerous on it.

Of course, to play Elite Dangerous on a Mac, you may not have the same experience as when playing the game on a Windows PC, but, still, the alternative methods below can give you a nearly native feel and immersion. Please read on to learn more about each and choose the best one for yourself.

How to play Elite Dangerous on Mac

There is no perfect option since each of the three methods has its own advantages and disadvantages. Depending on the model and hardware specs of your Mac and the quality of your Internet connection, the solutions you are about to read may give you different experiences and results. That’s why we recommend that you review completely each method’s instructions before making a decision.

How to Get Elite Dangerous on Mac?

Now you will need to register for Boosteroid. This allows you to add Elite Dangerous to their Cloud Gaming Library. Once uploaded you can seamlessly play the game from your Mac, TV, or Mobile Device.

In order to play the game without having to download it, our recommendation is to use the Boosteroid cloud gaming service. One of the main advantages of this method is that the hardware specifics of your Mac will have no major impact on the game’s performance. The method is fast and requires no download, so Elite Dangerous can be played on your Mac in no time if you have a good internet connection and a Boosteroid subscription. To stream Elite Dangerous to your Mac, just follow these Boosteroid’s instructions:

Note: We recommend using Google Chrome as your browser of choice in order to get the most out of Boosteroid.

If you have an Intel-based Mac, our recommendation is to use Boot Camp, but if you have a Mac with an M1 CPU, the preferred software is Parallels.

Please see the instructions below if want to learn more about each software or check out the links with the detailed guides included below.

To be able to play Elite Dangerous via Boot Camp and Parallels, the game needs to be downloaded from the Steam or the Epic Games Store. If you need some help, please follow these easy steps to get Elite Dangerous from Steam:

Elite Dangerous on Mac may run on Intel or M1-powered Macs with the help of Boosteroid, GeForce Now, or Parallels. An important note to mention here is that Windows 10 does not support the M1 architecture, thus the Boot Camp software can only be used on Intel-based Macs. However, cloud gaming services like Boosteroid and GeForce Now are always a good solution if you have a reliable Internet connection, as this allows M1 users to play unsupported games on their Mac.