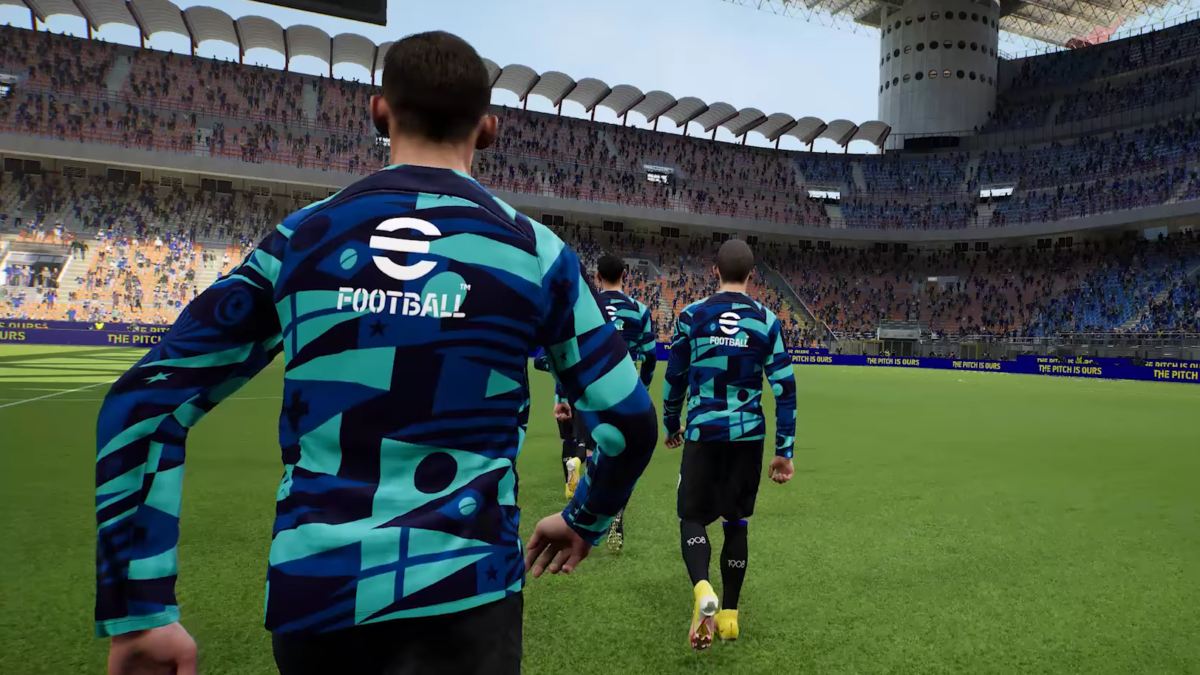 eFootball 23 is a football video game simulator that can be downloaded and played for free. The game was rebranded from the original Pro Evolution Soccer series to eFootball and came out on August 25, 2022, as a sequel to eFootbal 22.

The new features for eFootball 2023 include improved graphics, new club, and league licenses, and a couple of other enhancements. Players can now access Club America, Chivas de Guadalajara, AC Milan, and Inter. The rest of the teams in Liga MX are also represented in the game. Juventus, however, is not playable.

Aside from the new club licenses, an update from October 3, 2022, has added new player faces. In the game, you and your friends can compete as Authentic Teams, just as in real life. There is also an option to create your own Creative Team, which consists of players you contract and develop. Once you prepare your team, you can compete against opponents from all around the world on most platforms.

eFootball 2023 is not officially supported for Macs, however, you can play it on your Mac in a number of ways. The most straightforward and time-saving method of accessing games that aren’t native to your Mac is to sign up for a cloud gaming service. Boosteroid is a trusted cloud gaming platform that has eFootball 2023 in its library. To play the game, all you need is an account and a subscription, and you are one click away from running the game straight in your browser.

Installing Windows on your Mac and using the Windows version of eFootball 2023 is another option for getting the game running on a Mac.

You can install Windows on a Mac and use Windows software on it with the help of programs like Parallels or Boot Camp Assistant.

It is possible for Mac users to download and run eFootball 2023 on their Mac by installing and running a Windows emulation program.

Users of Intel-based Macs can play eFootball 2023 by installing Windows with Boot Camp Assistant or Parallels.

Mac M1 users can use Parallels to create a virtual Windows computer and run the game on it.

The two programs are not identical and have their own specifics, but they do allow you to play Windows games on your Mac in a way similar to how you play on a Windows computer.

How to Play eFootball 23 on Mac

You can play eFootball 23 on Mac via cloud gaming options like Boosteroid or install a Windows on your Mac via Parallels or Boot Camp Assistant.

Mac M1 users can play eFootball 2023 after a Windows virtual machine is set up on the Mac OS. When you want to use Windows software on your Mac, Parallels is an easy-to-use program that can save you a lot of time and effort. It doesn’t take long to set up Windows on a Mac M1 with it, and, once this is done, the only thing left is to download the game from your game store and launch it.

Play eFootball 23 on Mac with Boosteroid

You can play eFootball 23 on Mac (M1 and Intel models) with Boosteroid. Read our detailed guide.

How to Play eFootball 23 with Boosteroid

Play eFootball 23 on Mac with Parallels

You can play eFootball 23 on Mac (M1 and Intel models) by installing Windows on your Mac with Parallels. Read our detailed guide.

How to Play eFootball 23 with Parallels

You can play eFootball 23 on Mac (Intel models only) by installing Windows on your Mac with Boot Camp Assistant. Read our detailed guide.

How to Play eFootball 23 with Boot Camp
Mac How To, reviews