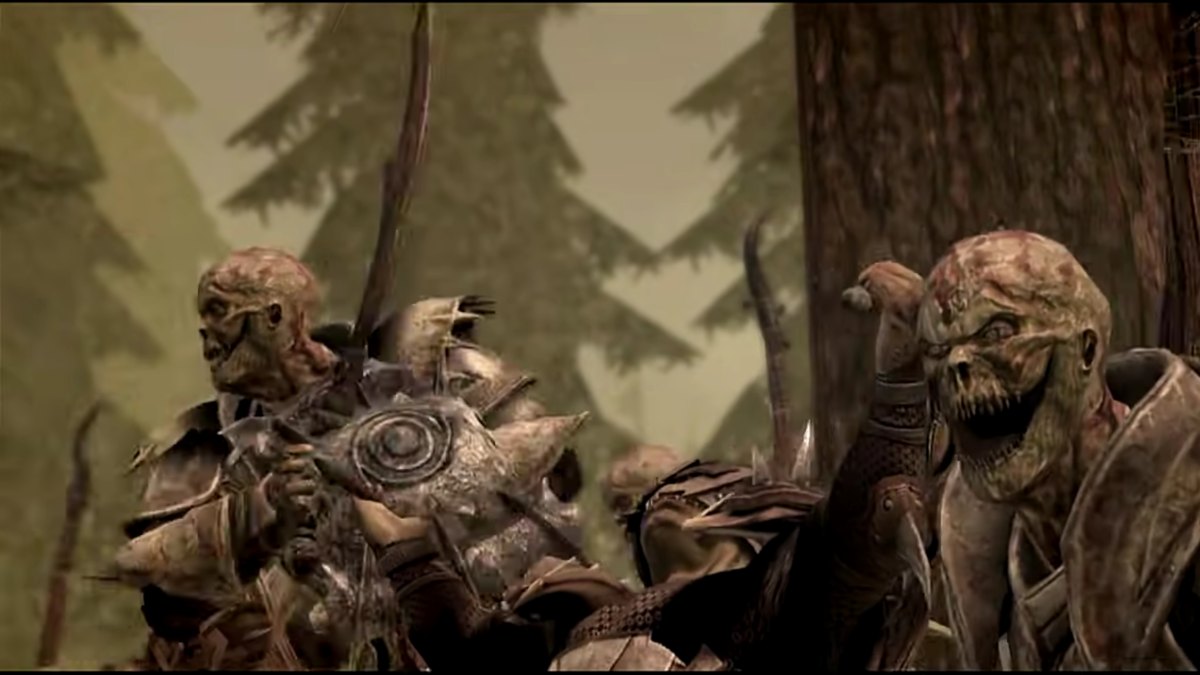 Developed and published by BioWare, Dragon Age is a series of fantasy role-playing video games that have seen massive success among gamers. The story revolves around the lives of the inhabitants of a mythical planet called Thedas and the challenges and monsters they have to face.

In the first game in the series, Dragon Age: Origins, the Grey Wardens, a legendary warrior order tries to save the Ferelden kingdom of the Darkspawn, a monster race of underground-dwelling beings that periodically attack the surface world in a phenomenon known as a Blight. A Blight begins when the Darkspawn find and awaken an Archdemon – a powerful dragon that is the one in charge of commanding the Darkspawn armies.

The focus of Dragon Age II is the oldest Hawke family member, a Blight refugee who is set to become the Champion of the city-state of Kirkwall. The storyline of the second part takes you a decade after the events of the previous game, where Thedas is destroyed by a demonic invasion from beyond the mortal world. The third game in the series – Dragon Age: Inquisition revolves around the Inquisition, an organization charged with restoring peace and order to Thedas after the demonic invasion from the second part. Expansions and downloadable content (DLC) have been added to all three main series games. The creation of a fourth series is presently underway.

Through the years, all of the main series games have been successes and have received mainly positive reviews for their stories, world mythology, character development, voice acting, as well as their focus on player choice altering the experience every time. Additionally, the brand has branched out into various forms of media, including video games, novels, comic books, web series, an anime film, and a variety of licensed products.

The Ultimate Edition refers to the full version of the Origins game that includes its expansion and all the DLC story-based content packs. Once you enter the open-world environment, you’ll have to make difficult moral decisions and fight bone-crushing monsters as you take leadership of the Grey Wardens. New opponents, talents, and spells, plus a whole new part of the world, Amaranthine, await you in the expansion. As you go through the Dragon Age plot, you’ll be able to collect new prizes, earn new allies, and more.

Dragon Age games have included a variety of gameplay systems, with Origins being considered a classic RPG and later games being story-driven action RPGs.

Right from the start, the player takes control of one main character and customizes them based on gender, race, physical appearance, and one of three character classes. There are three basic fantasy races, Human, Dwarf, and Elf, and three traditional RPG classes, warrior, rogue, and mage. What’s interesting about the game is that it gives a variety of backgrounds for each character.

As an example, if the player chooses to play as an elf, they can begin the game by choosing between three different starting situations: an out-of-town Dalish elf who accidentally stumbles upon a cursed mirror, an urban Elf who just had their wedding interrupted by some idiotic lords, or a magical elf. Each of these situations has some bearing on the game’s outcome. Although the player won’t have to play through it six times to cover all the possible backstories, it does provide some depth and roleplaying possibilities.

The combat in the game goes by the standard so, if you’ve ever played a role-playing game, you’ll be able to quickly figure out the remainder of your character’s attributes, skills, and powers. Roam around the open world, place a swarm of fireballs on the ground, go hacky-slashy, have the rogue take out the obnoxious enemy mage, and then do a little dance on their corpses. Neither too in-depth nor too bad.

In addition, each character may choose from up to four (and eventually up to six in the expansion) specialties, which provide them access to additional powers that are exclusive to that class. There are, of course, more powers and such, but the core battle remains the same as you’ve seen elsewhere.

When using the Ultimate Edition’s DLC, a player should expect to spend many hours of gameplay merely chatting with the different characters. You can move between places, and face a random encounter every time you access the overworld map. In addition to the main goal, there are a slew of side quests that ask you to complete different tasks which may lead to even more encounters with random monsters.

There is a talent tree from which the player may progress by killing opponents or completing tasks (and so accruing experience points) until a certain task is fulfilled, at which point they level up. For the most part, the game is played in the third person, with the player controlling their characters via a user interface that displays information on current quests and the statistics of the characters in their party. This same interface allows them to manage their inventories and allows them to organize their party.

As you dive into the Dragon Age: Origins game, you’ll enjoy the primary plot line with various plot twists and turns, as well as the many side quests that let you take your time and do what you want with the tale. Player-controlled characters may either make permanent or temporary use of secondary characters as their allies during the course of the story.

When exploring the game world, you as a player may bring up to three friends with you, and these companions can be controlled by you in certain situations, such as in battle.

Throughout the journey, you will be betrayed, forced to make difficult and perhaps deadly decisions, and face a variety of opponents of all shapes and sizes. Combat is tactile by design and you may pause the action at any point to give instructions to your teammates.

There are so many different abilities and talents for you to customize, that you will quickly get addicted to this game. Exploring the open world, defeating dragons, crafting weapons, collecting items, and leveling up your abilities are just some of the things you’ll need to do in order to make it all the way to the finish.

Can you play Dragon Age: Origins – Ultimate Edition on Mac?

How to play Dragon Age: Origins – Ultimate Edition on Mac

When playing a game that isn’t compatible with macOS, we recommend that Mac users first turn to the cloud gaming option. With cloud gaming services, you can stream your favorite games from powerful gaming PCs to your Mac, allowing you to experience the full PC gaming experience. Some of the advantages include ease of use, a lack of dependency on your Mac’s hardware specs, and no need to download a game in order to play it.

Of course, there are certain drawbacks, such as the fact that you’d have to be always linked to an Internet connection that is both steady and fast in order to avoid latency. Boosteroid is a popular cloud gaming service that many gamers rely on, so we’ll teach you how to play Dragon Age: Origins – Ultimate Edition on it first.

Skip ahead to our guide on how to download Dragon Age: Origins – Ultimate Edition on your Mac if you prefer that the game be downloaded directly to your computer.

How to Get Dragon Age: Origins – Ultimate Edition on Mac:

Now you will need to register for Boosteroid. This allows you to add Dragon Age: Origins to their Cloud Gaming Library. Once uploaded you can seamlessly play the game from your Mac, TV, or Mobile Device.

3. Next, use the search bar at the top of the Boosteroid website to search for and select Dragon Age: Origins – Ultimate Edition.

4. After signing up for Boosteroid, use the site’s search field in the upper right to type the game’s name. Note: be careful which store version you choose depending on where you own the game.

5. Then click the Install & Play button. After that you will be transported to a loading screen where you will install the game in a virtual machine supplied for you by Boosteroid. Click “Next” and “Accept” where it is needed. Nothing will be installed on your computer – this is just for the virtual machine.

6. After the installation is complete, you will be transported to a virtual instance of the platform you chose. The important thing to note is that you will need to navigate to your game Library and choose Dragon Age. The game will then start in the same screen.

How to download Dragon Age: Origins – Ultimate Edition on Mac

You can download and play Windows games using either of these tools, but they do their job in different ways and, hence, have various advantages and disadvantages. If you have an Intel Mac, we suggest using Boot Camp, and if you have an M1 Mac, we recommend using Parallels. Here is a quick rundown of the two tools, but the links provided below take you to more in-depth explanations of each step.

Even if there is no macOS version of Dragon Age: Origins – Ultimate Edition, you may still play it on your Mac M1. A Parallels virtual machine and cloud gaming are the available options for that.