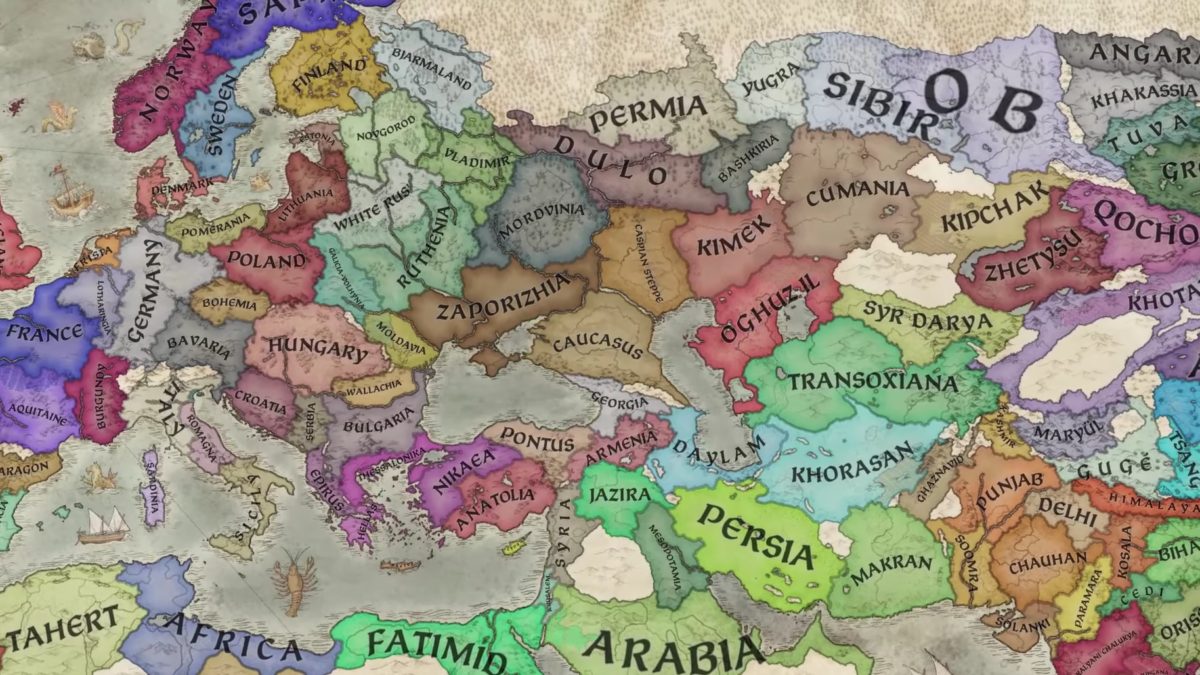 Crusader Kings III is a medieval-themed grand strategy role-playing video game. The game is the latest in the Crusader Kings series and is a dynasty simulator known for its in-depth features.

The map is bigger and has a level of detail that is significantly greater than that of Crusader Kings II. It spans from Europe to the middle of Africa and from the western part of Asia all the way to Tibet in the east.

Players can choose to start creating their dynasty in either the year 867 or 1066 and develop it through the ages till 1453 when the game ends. If a player’s character dies, they may keep playing as the character’s successor. Some dynasties may choose to split off smaller “cadet” branches that function mostly independently of the main family line. A new resource, called Renown, gives dynastic leaders a number of options to exert their authority over their houses.

There are five lifestyles the players can choose from. Each of them has three different skill trees, so players can focus their development on skills that are directly relevant to their chosen lifestyle. Like in Crusader Kings II, the characters’ behavior and statistics are influenced by their specific traits. The game’s genetics system enables players to see how their characters’ traits are passed down over the generations.

The realms in which the characters live might be feudal, tribal, or clan. Leaders may follow their agendas via an open conflict, negotiations, or other covert means. When a character kills or tortures someone else, the Dread feature goes up and can be used to scare vassals into staying loyal..

Cultural norms, religious tenets, and doctrines may affect the course of the game. Tenets are shared benefits for all followers of a religion, whereas doctrines outline the faith’s official views on controversial topics like homosexuality and women in religious leadership. Piety is the primary resource for dealing with religious mechanisms. With enough Piety, a player may create their own heresy, with their own set of tenets and doctrines. Players can go on pilgrimages and fight holy battles, or they can call on other religious people to join them on crusades and jihads. A character with considerable fighting abilities may transform other characters in their court or realm into knights.

In terms of visual design, the game keeps up with the art style of the series. There are updates to the way the menu looks. A change has also been made to the character portraits. The characters now feature full-body 3D models in place of the 2D look seen in the previous games. The soundtrack follows the medieval vibe and adds tension and a dramatic feeling.

Crusader Kings III is a game with a focus on the strategy that takes the best of the games in the series and makes it better by adding a bigger map, more customization features, and a degree of unpredictability.

Can you play Crusader Kings III on Mac?

How to Play Crusader Kings III on Mac

You can play Crusader Kings III on Mac via cloud gaming options like Boosteroid and Geforce Now or install a Windows on your Mac via Parallels or Boot Camp Assistant.

You can play Crusader Kings III on Mac (M1 and Intel models) with Boosteroid. Read our detailed guide.

How to Play Crusader Kings III with Boosteroid

You can play Crusader Kings III on Mac (M1 and Intel models) with Geforce Now. Read our detailed guide.

How to Play Crusader Kings III with Geforce Now

You can play Crusader Kings III on Mac (M1 and Intel models) by installing Windows on your Mac with Parallels. Read our detailed guide.

You can play Crusader Kings III on Mac (Intel models only) by installing Windows on your Mac with Boot Camp Assistant. Read our detailed guide.