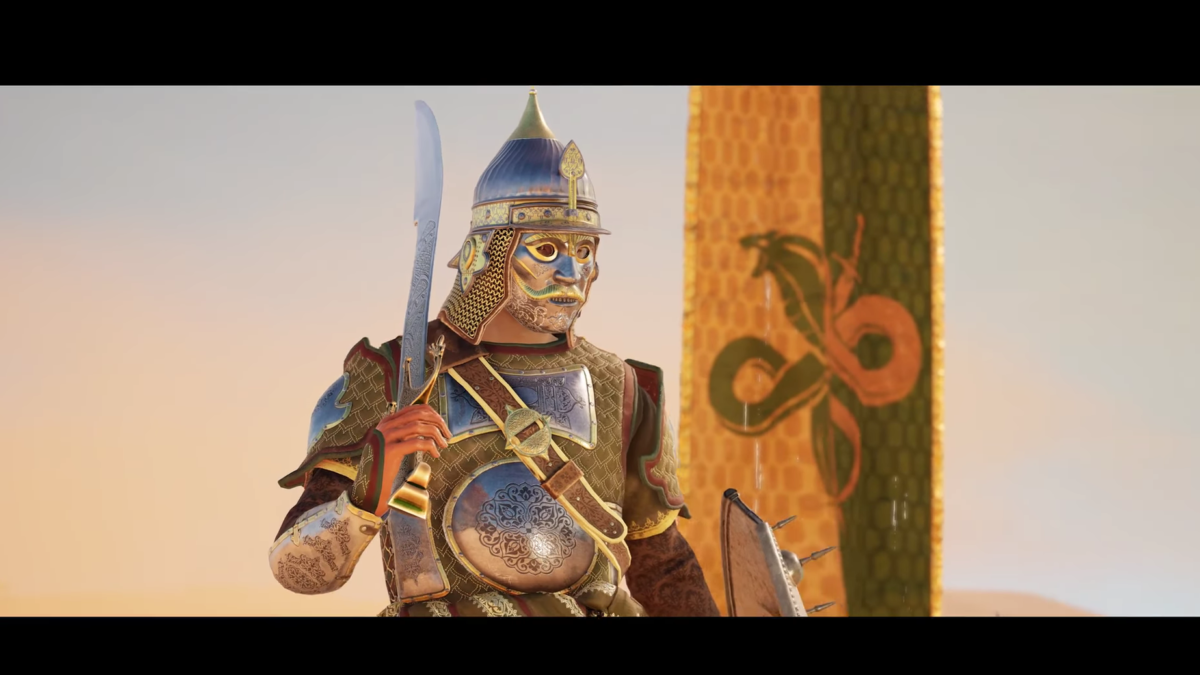 Chivalry 2 is a multiplayer hack-and-slash action game, a sequel to Chivalry, played from a first-person or third-person perspective. As a new feature in the series, the game can be played either on foot or on horseback, giving the players a more immersive experience.

If you are looking for medieval mass battles, Chivalry 2 is a game that lets you join stylishly crafted battlefields with up to 64 players at once. Some of these are objective-based team scenarios, while others are massive free-for-alls. Each map in the game has a good number of offensive and defensive targets, interesting terrain and buildings, a mix of open spaces and places to hide, and a solid rate of progression.

Instead of letting you create a character from scratch with all the weapons and armor, however, Chivalry gives you a choice of 12 pre-made classes organized into four archetypes. You can choose right away from four of them. The other eight need to be unlocked as you advance through the game.

Each class has its own special abilities, which are used to help the player’s team rather than to improve their own combat performance. For instance, blowing a war horn can give a healing effect to an area where your teammates are. If you engage in activities that are suited for your class, your special abilities will refill faster, and if you use them at the right time, they can make a big difference in big battles.

What Chivalry 2 impresses with is the wide selection of medieval melee weapons. As you join the game, you’ll have access to hammers, long swords, battle axes, maces, bows and arrows, and more. Just pick the ones you like and jump straight into a battle. You can find caches of new weapons in different places on the map and use them to improve the ones you already have. You can also get more main and secondary weapons for each class, so there are a lot of reasons to keep grinding.

The heart of Chivalry 2 is its combat system. Although it’s not the most realistic medieval brawler, the pacing of the game is great. The combat has a high skill cap, but fortunately, the gap between skillful and not-so-skillful players isn’t that big. The developers have done a great job at adding balance by limiting the ability of an extremely good player to dominate the battlefield and giving a chance to not-so-skilled players to shine.

Of course, you need to be quick on your feet and responsive to your opponent’s actions in order to succeed, since there are plenty of ways to attack, parry, riposte, dodge, and counter.

If you strike first, you may stop an opponent’s strike and deliver damage while suffering no damage yourself. But if they block your attack, they take the initiative on the next move, and if you are too slow, they may take a quick swipe at you.

The ability to battle and defeat several enemies simultaneously is Chivalry 2’s crowning accomplishment. There are three main melee attacks that you can use during combat. You can slash your enemies horizontally or vertically, or stab them. Swordplay is enjoyable, but there is also a lot of excitement in firing arrows at your enemies.

Each match lasts between 15 and 20 minutes and is won or lost depending on a set of predetermined objectives. Every match you play earns you experience and money, both of which may be exchanged for in-game cosmetics.

From ancient coliseums and castles to sweeping woodlands, the visuals in the game are impressive and diverse.

The visual customization of your character is another thing that is worth mentioning. The depth of the soldier customization options is impressive, including facial, voice, and appearance. It’s a shame that if you play from the first-person perspective, you can’t really enjoy your looks much. A nice addition in Chivalry 2 is that you can finally play as a woman, though there are limited options for voice and facial customizations for each class, compared to when you play as a male.

Other features that add to the visual experience include a wide selection of weapon skins, heraldic designs, and armor sets that can be purchased with real money or earned in-game cash. If you want to show off your skills with a shiny, gold-hilted sword, however, you’ll need to complete a few levels with your weapon before you can buy different skins for it.

The combat in Chivalry 2 is complex and requires some practice to master, but it’s well worth the effort. The gleaming armors, the towering castle walls, and the variety of in-game goals keep things fresh. A well-made tutorial gives you everything you need to jump right into the battle. The gameplay is exciting and intense, and you’re never more than a few seconds from your next fight.

Can you play Chivalry 2 on Mac?

Despite not having a native macOS version, Chivalry 2 can be played on a Mac in a number of ways. To play Chivalry 2 on a Mac right away, you can use cloud gaming services like Boosteroid and GeForce Now, or install Windows on your system through software like Parallels and Boot Camp. In fact, we’re going to explain to you each of the methods above during the next few paragraphs. You can read the instructions and decide which solution is the best for you.

How to play Chivalry 2 on Mac

Cloud gaming services like Boosteroid and GeForce Now make it possible to stream games like Chivalry 2 to your Mac in no time. If streaming games is not your preference, you may use emulation software like Parallels or Boot Camp Assistant to download and play Chivalry 2 on a Mac. To help you make an informed decision, below we have included a table with the pros and cons of each method.

How to get Chivalry 2 on Mac

To play Chivalry 2 on Mac, you need to purchase the game from Steam or Epic Games. Here’s a nice offer from CDKeys for the Epic version of the game (it is a limited-time offer). After that, you can play it without downloading it by signing in with your gaming store account and using Boosteroid or GeForce Now, or you can get Chivalry 2 on Mac with the help of Parallels, or Boot Camp.

Once you have the Steam or Epic Games version of Chivalry 2, you can register in the Boosteroid cloud gaming service and use it to stream the game to your Mac, iPhone, iPad, and Apple TV.

Play Chivalry 2 on Mac with Boosteroid

The best part about using Boosteroid is how easy and streamlined the process is. Games may be started immediately without having to wait for the download to finish or free up valuable hard drive space on your Mac. Furthermore, the hardware specifications of your Mac are of no importance. Your gaming experience is entirely dependent on the quality of your Internet connection. Boosteroid suggests <25mbps/>20ms Internet for optimal performance.

Here’s what you have to do if you want to give Boosteroid a try:

GeForce Now, like Boosteroid, lets you play games without downloading them by streaming them to your Mac. To play Chivalry 2 with GeForce Now, you will need to log in with your Epic Games account. Our brief instructions for installing and using this service are provided below.

Please see this page for more information on how to use GeForce Now.

Chivalry 2 requires Parallels software installed or a Windows partition on a Mac created with Boot Camp before it can be downloaded. Once you set any of those two alternatives, Chivalry 2 may be downloaded and played locally on a Mac.

Chivalry 2 is not available for direct download on Mac since it is not supported by Apple’s operating system.

You may use Parallels to create a Windows virtual machine within your Mac, thereby making Windows run inside macOS. Most Windows games should run OK under Parallels, but keep in mind that your Mac’s hardware resources will have to be shared between the two operating systems

Unfortunately, only Intel-based Macs are compatible with Boot Camp, which allows you to install Windows 10 on a separate drive and effectively transform your Mac into a Windows PC when booting from the Windows sector.

A cloud gaming service like Boosteroid or GeForce Now is your best bet for playing Chivalry 2 on a Mac M1. Streaming the game through this method won’t take any time and does not require any special skills. Alternatively, if cloud gaming is not your thing, Chivalry 2 may be played on Mac M1 by installing it on a virtual machine created using Parallels.

While playing games in Parallels may place a significant burden on Mac’s hardware, M1 Macs are powerful enough to handle the task, so you shouldn’t have any trouble running Chivalry 2 on a Parallels virtual machine.

If you want to learn more about installing and using Parallels, we advise you to read our full guide on the subject. But if you just need a summary of the instructions, you can read them here:

Before you can play Chivalry 2 on a Mac, you’ll need to first install Windows with the help of the Boot Camp Assistant app. Next, use Boot Camp to access your Windows partition, where you can install Steam or the Epic Games launcher and download the game.

Through Boot Camp, you may partition your hard drive in two, with Windows running on the second partition. To run Windows-only programs like Chivalry 2, you may boot into Windows and use your Mac as if it were a Windows PC. Unfortunately, this can’t be done on M1 Macs since they don’t support Boot Camp software.

Click here for our comprehensive guide on installing Windows on an Intel Mac so you may play Chivalry 2 or any other Windows game. Or check out the next lines for a quick summary of how to set up Boot Camp: