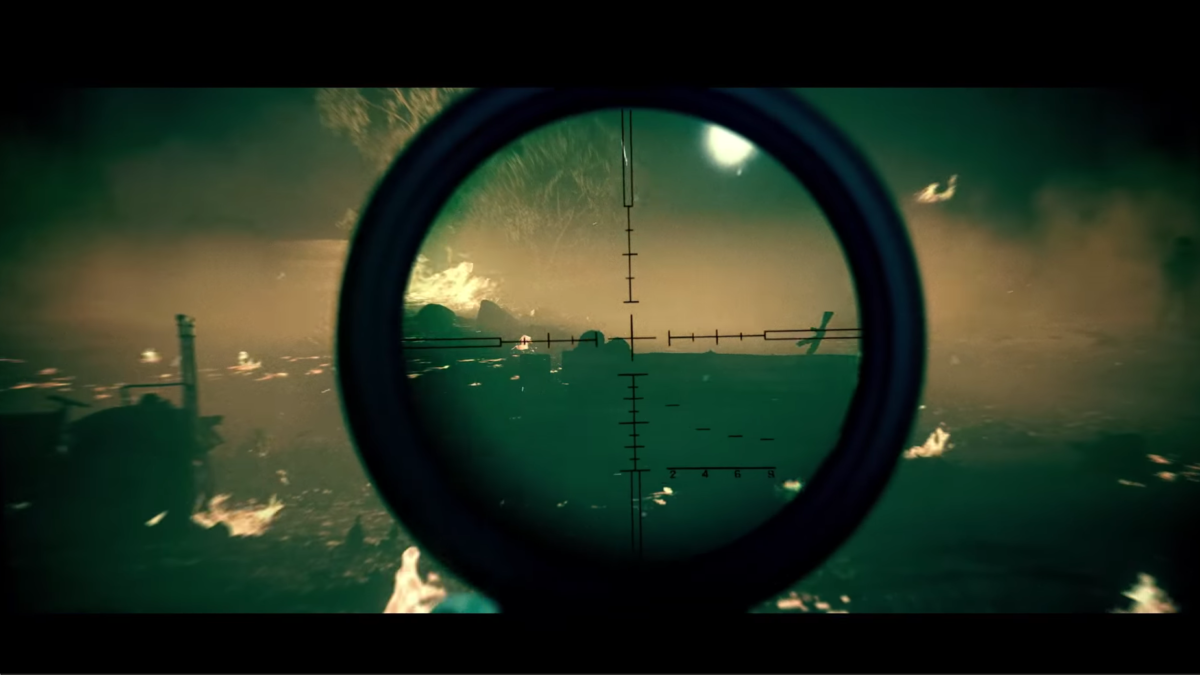 Call of Duty: Modern Warfare II is a first-person shooter developed by Infinity Ward and published by Activision. The game is the nineteenth in the Call of Duty series and a follow-up to the 2019 reboot.

Throughout the game, players visit some fictional and some real locations and take part in the recreation of events, based partially on actual events that occurred in the world and are reflected in the game’s storyline. The adventure takes you all over the world, to cities like Amsterdam, Mexico City, Chicago, and even to the in-game created city of Al Mazrah. These locations make for a welcome change of pace between missions, filled with activities like nighttime stealth operations, desert combat,  jail escape, and more.

At the core of the game is Task Force 141, a multinational special operations team led by SAS Captain John Price, which is supported by a number of allies.

The main enemy is an Iranian Quds Force commander called Major Hassan Zyani, who is an ally of the Urzik terrorist group Al-Qatala.

The plot follows the events after an American airstrike kills Al-Qatala commander, General Ghorbrani. Players take on the role of a member of Task Force 141. As part of the team, they have to deal with Ghorbrani’s successor, Hassan Zyani, who swears vengeance and joins forces with a global drug gang to transport stolen U.S. ballistic missiles. The mission of Task Force 141 is to stop Hassan from firing missiles at U.S. targets.

Some of the new gameplay elements and ways to move around the map include diving to prone, mantling, and ledge hanging. The ability to cancel a slide has been removed. Leaning out of car windows, climbing up onto the roof, and stealing cars are all new ways to play with vehicles.

Changes to the Gunsmith systems make it possible for players to customize their equipment to their liking. The game features a rich selection of weapons. There is a noticeable slowdown in the gameplay, which allows for better gun control and precision.

The leveling system in Modern Warfare II is more complicated than in previous Call of Duty games, where you simply get access to more powerful weapons as you progress and acquire new attachments for each weapon as you use it.

In the latest installment, you can still level up and unlock new weapons, but some of them will require you to kill a particular number of enemies with another weapon before you can use them.

Another highlight is that the character you play as and the enemies you fight against have more depth and personality than in previous games thanks to the addition of conversation options.

The game also comes with support for a third-person perspective.

Modern Warfare II now has two new multiplayer game modes: Knockout and Prisoner Rescue. In Knockout, two teams compete to grab a package with a limited number of lives, and in Prisoner Rescue, one team tries to free a prisoner while the other team aims to stop them. The two-player cooperative Special Ops mode makes a return with a new three-player action called Raids.

Call of Duty: Modern Warfare II’s campaign has a total of seventeen missions to complete. These missions range from large-scale cinematic fights to stealth missions.

The main story is full of surprises and betrayals and revolves around the search for the stolen missiles and the defeat of the terrorists. The developers have successfully balanced between paying tribute to the classic series and providing a fresh, exciting story.

There are missions in the game that are more open-world than others, giving you the chance to try out different ways of fighting.

Some stealth missions give you the freedom to explore the area in search of the ideal sniper position from which to kill with precision. Others just provide you with a variety of routes to choose from while planning your attack or sneaking past your foes. This freedom, while not as expansive as an open-world role-playing game, is a nice change of pace from the typical Call of Duty story structure.

All of MWII’s environments, from rocky mountains and deep forests to desolate military camps, look fantastic. Great attention to detail is put into the recreation of nature, the locations, and the impressive lighting effects. The faces of the characters strike you with a realistic look.

Infinity Ward has developed a whole new 3D audio engine that is a crucial component. Players can immerse themselves in the action thanks to the sound effects added to footsteps and distant noises. If you listen carefully, you could track an enemy’s precise location solely by the sounds they make as they try to ambush you. The visual and audio effects of gunfire and explosions are also of high quality and are as tense as ever.

Can you play Call of Duty: Modern Warfare II on Mac?

Mac users can play Call of Duty: Modern Warfare II and other Windows games that are not officially supported for Mac after installing a Windows virtual machine with programs like Parallels or Boot Camp.

Unfortunately, Call of Duty: Modern Warfare II cannot be played on your Mac natively, thus you need to make use of some workarounds. You may always try running the game in a Windows-emulated environment if you’re dead set on playing Call of Duty: Modern Warfare II but your Mac doesn’t support it. Here, we’ll explain your options and provide you with the needed instructions.

How to download Call of Duty: Modern Warfare II on Mac

If you want to download and play Call of Duty: Modern Warfare II, you’ll need to run Windows, either as a virtual machine or from a partition in your Mac’s hard disk. In this way, you can get past the game’s lack of native Mac support and run the Windows version of the game on the system.

A virtual machine application like Parallels for Mac may be used to run Windows 10 or Windows 11 on a Mac. The program is designed to run without a hitch on both Intel and Silicon-based Macs.

How to play Call of Duty: Modern Warfare II on Mac

If you have Windows installed on your Mac through Parallels or Boot Camp, you can download Call of Duty: Modern Warfare II and play it locally.

How to get Call of Duty: Modern Warfare II on Mac

You can get Call of Duty: Modern Warfare II on Mac by purchasing it on Steam. Then, you can download it on your Mac after installing Windows with Parallels or Boot Camp Assistant.

In the next paragraph, we’ll explain how to set up Parallels on a Mac so that you can play the game locally. If you want to know in detail how to create a Windows virtual machine with Parallels, there’s a comprehensive guide for that on this link. A short description of the steps is explained below:

On an Intel Mac, you can play Call of Duty: Modern Warfare II by running the Bootcamp Assistant and installing Windows using an ISO file. Here are some quick guidelines to help you with the process.

The process of installing Windows using Bootcamp on an Intel-based Mac in order to play Windows games could be time-consuming. If you are using a Mac with an M1 processor, however, you need to use Parallels to set up a virtual machine.

Here you can find a detailed guide on how to use Boot Camp Assistant to set up Windows on your Mac. A summary of the instructions is provided below for your convenience:

After you complete the steps, you will be able to use your Mac to play Windows games in exactly the same way as if you were using a Windows PC.