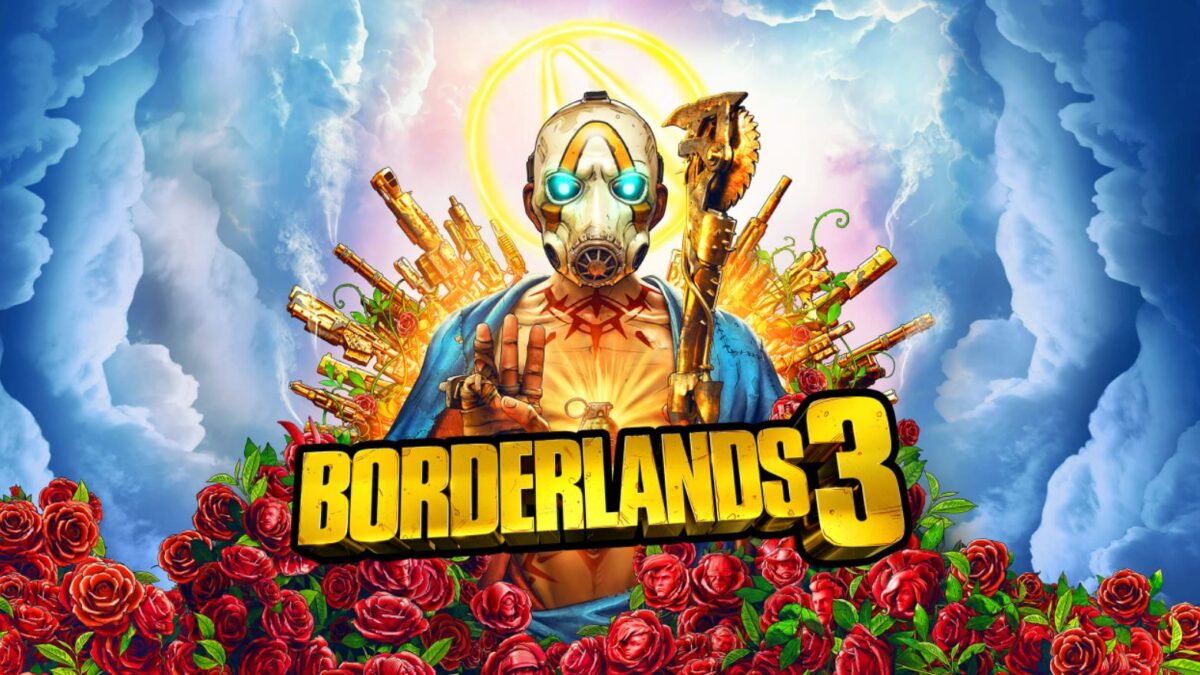 Borderlands is a popular RPG FPS game that you can play on your Mac in spite of it not having a macOS version. To play Borderlands 3 on your Mac, you can try the Boosteroid cloud gaming service or first install Windows on the computer.

Following in the success of its two predecessors, Borderlands 3 delivers even more action, weapons, and loot – three gameplay aspects that made the previous two games stand out. For the uninitiated, Borderlands 3 is an FPS, “Looter-Shooter” game developed by Gearbox Software and released in 2019. Like Borderlands 1 and 2, the third installment features a colorful art style, a unique take on its weapons selection, action-packed gameplay, and an off-beat sense of humor.

It’s definitely a game worth checking out, especially if you are a fan of the FPS genre, but the issue for Mac users is that the game lacks a macOS version. That said, there are several ways you could still play it on your Mac with little to no difference in performance. You can learn about those ways in the second half of this post. As for now, let us tell you a bit more about why Borderlands 3 is a game you may want to play.

Borderlands falls into a somewhat niche sub-genre of FPS games, commonly referred to as looter-shooters. Games like it are known for taking elements from the RPG gaming genre and mixing them into the first-person shooter formula to provide a gameplay style that provides both plenty of fast-paced action with the ability to customize and fine-tune your unique character. In Borderlands 3, you get to choose from four character classes and that you can then customize according to your preference. Every character has a skill tree, in which you can spend points after leveling up, choosing what new abilities your character would gain access to. Additionally, three of the characters have three unique skills and the fourth one has two, further expanding the number of unique character builds that a player could choose from.

The other important RPG element in Borderlands 3 is the Loot – the game is full of unique weapons and items you can find that can improve your character in different ways and open up new gameplay options for you. By far, the biggest gameplay-diversifying factor (and one of the main draws of Borderlands 3) is the huge variety of weapons, thanks to the unique approach that this game has towards its weapons system.

“Over one billion guns”

While most other shooters have a pre-determined selection of weapons that stays the same throughout the entire game, all the weapons in Borderlands 3 can be described as procedurally-generated, which brings an interesting twist to the gameplay and greatly diversifies it. Each weapon in the game has its stats – type, damage, ammo capacity, range, recoil, etc. – randomized, meaning that every gun you come across is bound to in some way be different from any other gun in your playthrough. Additionally, weapons have special perks, such as the ability to throw fire at enemies, electrocute them, freeze them, and more. Other perks include alternate fire modes or the ability to cover enemies in radiation that damages them over time and makes them vulnerable to specific types of attacks from other players.

It must be said, though, that randomized and procedurally-generated weapons don’t mean that the guns you get won’t make sense and will feel out of place. Of course, there will be a lot of wacky weapons in the game, but they will always fit the gameplay themes and will find some use – even the ones that aren’t that great. In fact, many have praised the game’s weapons for seeming hand-crafted, which comes to show how well-thought-out Borderland 3’s system of procedurally generated weapons is. This is also one of the factors that make this game so fun to play – even if you aren’t particularly interested in a given quest, you’d always be eager to find out what the next loot chest would contain, and it’s even more fun to do this together with friends.

Borderlands 3’s campaign can be played both in single-player and in co-op multiplayer with up to three other people. Although the game is perfectly playable in single-player, and the difficulty gets automatically adjusted according to how many players there are, it’s clear that Borderlands 3 is geared towards cooperative play. Not that there’s anything wrong with going through the campaign on your own, but playing it with friends in two, three, or four-member teams drastically amps up the fun factor. The fact that there are four unique classes, each with a specific play style encourages players to team up and try different strategies, built around both the unique abilities of each class but also around the unique weapons and items that the players find while progressing through the different quests. The end result is a game with very high replay value that doesn’t get boring even after you’ve played through its entire campaign a couple of times. There’s always more to explore and to loot, and new weapons and strategies to try, making Borderlands 3 the ultimate co-op FPS game.

A couple of shortcomings

No game is perfect, and that applies in full force to Borderlands 3. In spite of its undeniable great qualities, there are a couple of things that some players and critics weren’t too fond of. One of the main criticisms of the game is that some of its AI-controlled enemies aren’t overly “smart” and the game compensates for this by making them very tough, with annoyingly large health pools – something, that’s generally considered a bad gameplay design choice.

Additionally, though the game’s focus is obviously not on its story elements, many have criticized Borderlands 3 for having a very weak story even by the standards of a game where the story takes a backseat in favor of the gameplay. Obviously, you wouldn’t get this game for its story anyway, yet it would have been nice to see an attempt at delivering a cohesive narrative, especially considering that you do eventually need to complete the story missions to progress through the game, whether you are playing in single-player or in co-op multiplayer.

Borderlands 3 is a blast to play with friends or even by yourself, with its endless selection of guns and other types of loot and its exciting, action-packed gameplay that always leaves you looking for more. Of course, there are some weaker aspects of the game, such as the sub-bar design and AI of some of its enemies and its weak story, yet this will hardly matter to most players when they are on their way to defeat the next boss to acquire an even more over-the-top gun.

Can you play Borderlands 3 on Mac?

Unfortunately for Mac users who want to try Borderlands 3 on their computers, unlike Borderlands 2, the third installment in the series isn’t supported for Mac and there are no indications that a macOS version would be released in the foreseeable future. However, the good news is that it’s still quite possible to enjoy the hectic and action-filled gameplay of Borderlands 3 on a Mac – you’d just need to use a workaround method. In the next lines, we will introduce to you three such methods that can help you play this game on your Mac in spite of it not being supported for macOS.

How to play Borderlands 3 on Mac

The main reason we recommend the Boosteroid option is that it’s extremely easy to set up a Boosteroid account and play the game through it. The Boosteroid cloud gaming platform runs directly in the browser on Mac computers, so there’s no need to download anything or perform any type of installation. The downside is that your Internet needs to be relatively fast and stable, or else you’d get occasional performance hiccups. On the other hand, the two other methods we will show you – Boot Camp and Parallels – require considerably more time and effort to set up, but you can get away with not having a very good Internet with them (though, obviously, playing Borderlands 3 in multiplayer would always require an adequate Internet connection).

How to Get Borderlands 3 on Mac:

Now you will need to register for Boosteroid. This allows you to add Borderlands 3 to their Cloud Gaming Library. Once uploaded you can seamlessly play the game from your Mac, TV, or Mobile Device.

Note: Boosteroid works with pretty much any popular browser, but the ones that are recommended for it are Chrome and Opera, so consider switching to either of them if you are facing performance issues while playing from another browser.

If you want to have the game on your Mac rather than play it via a game streaming service such as Boosteroid, there are two methods you could download Borderlands 3 and play it on your Mac. Both methods involve getting Windows on the Mac. The first one is by installing Windows 10 with the built-in macOS Boot Camp Assistant app. The second method is by creating a Windows 10 (or 11) virtual machine (VM) in your macOS and then downloading and playing Borderlands 3 in that VM. The two methods are quite different from one another and, in general, Intel Mac users are advised to use the Boot Camp Assistant method, whereas owners of an M1 Mac would need to use the Parallels option (because Boot Camp Assistant isn’t available for Macs with M1 chips).

The only method of playing Borderlands 3 on Mac shown here that cannot be used on M1 Macs is the Boot Camp Assistant method. Due to incompatibility between Windows 10 and the M1 chip architecture, you cannot use Boot Camp Assistant to install Windows 10 on your Mac. However, you can still use Parallels to create a Windows 11 VM and play Borderlands 3 in it or get a Boosteroid registration and play the game by streaming it to your Mac.