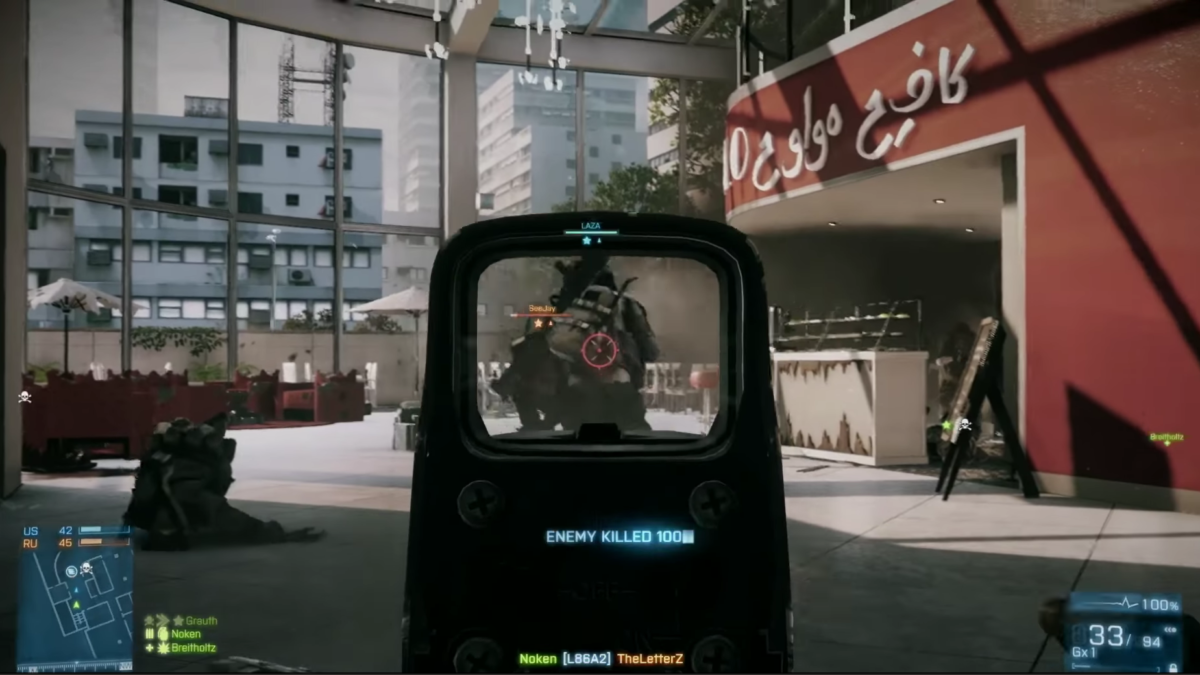 Battlefield 3 is a first-person shooter that gives players the opportunity to join tense battles that spread over dynamic settings and use a wide variety of vehicles, guns, and other deadly tools.

Those who purchase the Premium can also access useful new features like fresh start stats reset, priority in server queues, and the ability to participate in exclusive events and contests such as Double XP weekends. Players can also get unique in-game prizes such as new soldier and weapon camouflages, the ACB-90 knife, and a special set of dog tags.

Mac users who want to play Battlefield 3 Premium Edition need to know that the game does not have an official macOS version that can be installed and played directly. The good news is that there is a way to run the game on a Mac and for that you need to use Windows emulation software.

Detailed instructions on how to use this workaround in order to get Battlefield 3 Premium Edition working on an Intel Mac or an Apple Silicon M1 or M2 model are provided further down.

It is important to note, though, that using workarounds to play games that aren’t officially supported on a Mac won’t be identical to playing the native version of the game on a Windows PC. However, a good gaming experience may be achieved by installing a Windows OS with the help of an emulation program like Parallels or Boot Camp Assistant (only for Intel Macs).

Battlefield 3’s story is about the adventures of two main characters, Henry Blackburn and Dimitri Mayakovsky, in different places. The campaign allows players to assume several military roles, including the one of a U.S. Marine, an aircraft weapon systems officer, a tank operator, and a Spetsnaz GRU agent.

A fictional “War of 2014” serves as the setting for the plot, which covers various events in a span of nine months. Most of the action happens on the borderlands of Iran and Iraq. The majority of the missions are presented as flashbacks and do not follow a certain timeline.

Players can select between battles in single-player, multiplayer, and cooperative mode. Participation in co-op mode gives them the chance to collect points, which can be used to unlock additional content in multiplayer.

In multiplayer matches, players can choose from four different classes: Assault, Support, Engineer, or Recon. When playing as an Assault, players pay more attention to assault guns and team healing. If they select to play as Support, they will be more engaged with the ammo supply and light machine guns. As an Engineer, their specialization is vehicle repair and destruction. Taking on the Recon role involves spotting adversaries and firing at them from a distance.

The game’s map roster is rich and features maps of places like Paris, Tehran, New York, Wake Island, Oman, Kuwait City, and a few other locations. The maps have both populated locations like city centers and more open terrain, which is perfect for combat with heavy military vehicles.

Players of Battlefield 3 can use a newly introduced free cross-platform, called Battlelog, which allows them to chat with one another, share game stats, and even jump into games that their friends are currently participating in.

The game gives the players complete autonomy in how they choose to fight.There are a ton of vehicles, weapons, and gadgets at their disposal, and they can take control of any of them and use it the way they want.

Throughout the game, players can gain access to a plethora of hidden features and improve their character with each fight they win by earning Ranks, Ribbons, Medals, and more.

Battlefield 3 is the first game to use the Frostbite 2 engine, which is able to simulate the destruction of environments and structures very realistically. The new version of the engine can also handle dense metropolitan areas, unlike earlier versions.

A new character animation technology known as ANT (adapted from a system utilized in EA Sports games like FIFA) was employed in Battlefield 3 to create more realistic soldiers who can do things like turn their heads before their bodies and transition into cover.

The audio design is also impressive. Players can hear explosion sounds and gunshots that can really immerse them in the battle. The aircraft’s roaring in the sky is intense and very lifelike. The background music matches the atmosphere of the game and adds up to the feeling of adrenaline.

Fans of first-person shooters will be thrilled by Battlefield 3’s top-tier multiplayer mode, the wide selection of vehicles, the fully destructible and versatile environments, and the rewarding system for team play. The Premium Edition adds to the experience with its expansions and exclusive content that gives players even more things to explore.

Can you play Battlefield 3 Premium Edition on Mac?

Battlefield 3 Premium Edition can be played on Macs, despite not being officially supported. If you have a Mac and want to play Battlefield 3 Premium Edition, you’ll need a Windows emulation software like Parallels or Boot Camp Assistant for Mac, but once you install this software and run the game through it,  it’ll be the same as if you were playing on a Windows PC.

Battlefield 3 Premium Edition cannot be downloaded or played on macOS without first installing a Windows operating system either on a virtual machine (using software like Parallels) or on a dedicated partition of your Mac disk (using Boot Camp Assistant). Once you have installed one of the aforementioned programs and have Windows OS running on your Mac, the process of downloading and installing the game is identical to that of installing and playing a game on a Windows computer.

How to Play Battlefield 3 Premium Edition on Mac

To play Battlefield 3 Premium Edition on Mac you have to install a Windows operating system on your Mac. The process is not complex and can be done with the help of professional software like Parallels or Boot Camp Assistant. More instructions on each of the programs you can find in the links below.

Before you do so, however, you will need to get the game.

How to play Battlefield 3 Premium Edition on Mac M1

You can play Battlefield 3 Premium Edition on a Mac M1 by using emulation software like Parallels. This program can make it possible to play Windows-only games on your Mac and provide you with an adequate gaming experience most of the time.

Boot Camp Assistant is not compatible with Mac M1s, thus only Macs powered by Intel processors can run this program.

You can play Battlefield 3 Premium Edition on Mac (M1 and Intel models) by installing Windows on your Mac with Parallels. Read our detailed guide.

How to Play Battlefield 3 Premium Edition with Parallels

You can play Battlefield 3 Premium Edition on Mac (Intel models only) by installing Windows on your Mac with Boot Camp Assistant. Read our detailed guide.

How to Play Battlefield 3 Premium Edition with Boot Camp
Mac How To, reviews