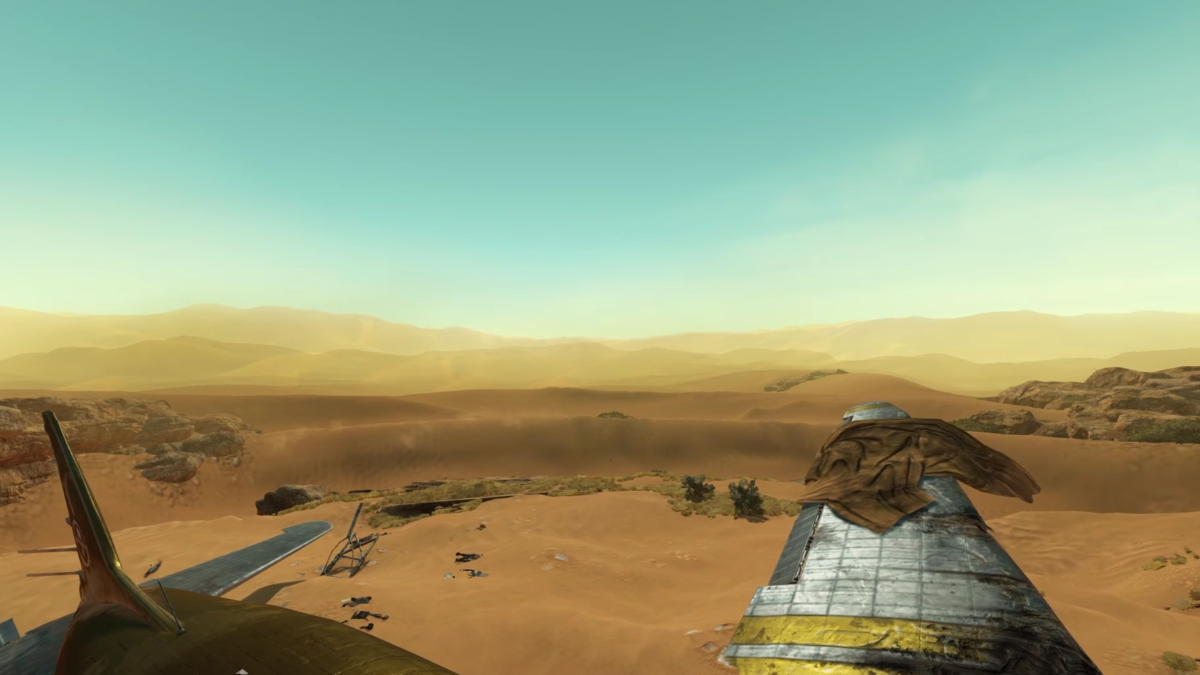 Amnesia: Rebirth is a first-person horror game where players have to explore the sands of the Algerian desert, manage their limited resources, and interact with the environment to outwit and outrun some very terrifying creatures. The game is the sequel to Amnesia: The Dark Descent (2010) and is the third installment in the series.

If you’re using a Mac and want to play this game, you have two options: either subscribe to a cloud gaming service or use Windows emulation software. Stay with us to find out how to implement these solutions and run Amnesia: Rebirth on an Intel Mac or an Apple Silicon M1 or M2 model in the following lines. Amnesia: Rebirth has no support for macOS, thus you cannot install land play it on your Mac directly, as you would do with other Mac-supported titles.

However, if you use a cloud gaming service like Boosteroid or GeForce Now you can have an adequate gaming experience. And what is best, this approach does not need downloading and installing the game, which may help you save disk space, and it works with Apple Silicon M1 and M2 Macs.

Alternately, you may install a Windows OS on your Mac with the help of a Windows emulation tool like Parallels or Boot Camp Assistant (for Intel Macs only) and play Amnesia: Rebirth on it as if you were using a Windows PC.

At the end of this article you can find links with detailed explanations on these gaming methods. But before we get to that, let’s see what Amnesia: Rebirth has to offer in this quick review.

The story takes place in an unnamed location in the French territory of Algeria in 1937. Anastasie Trianon (or Tasi) is a draftswoman who goes with her husband and other coworkers on an expedition with the goal of completing an archaeological dig at some mysterious remains. After their aircraft crashes, she finds herself alone in the desert, not remembering what happened. In an attempt to reawaken her memory, she sets out on a quest to retrace her footsteps over the desert and find shelter and assistance.

There are ghosts lurking in the abandoned areas she passes through, just waiting to attack everyone that comes their way. Tasi doesn’t have many options, so she uses an amulet she finds to cross over to an unknown realm and face the horrors of both this world and the ghostly dimension.

Similar to The Dark Descent, the game is experienced from a first-person perspective. The player plays as Tasi Trianon and must explore ancient tombs and caves in search of clues to her past.

During some stages of the game, the player has to use light sources such as Tasi’s fuel lamp to shed light over dark areas in order to progress. Matches, which may be used to ignite wall-mounted torches and candles, are available to scavenge.

Solving different puzzles and reading notes left by non-playable characters helps players gain a good understanding of the story’s events and advance in the game.

The puzzles are easy and enjoyable. The notes have essential plot details, and the mystery of the tale is slowly revealed by piecing them together.

Just as in the first game, the playable character has a fear level, which gradually builds up when Tasi walks in complete darkness. In these moments, she starts hallucinating and hearing voices in her head. In addition, the screen may display disturbing images that have a jump-scare effect.

The fear level can be kept under control by managing light sources and hiding from dangerous creatures. No fighting mechanics are included in the game, thus, Tasi’s only options when confronted by a foe are to flee or hide.

When the player is killed, the game does not automatically reload a previous save point. Instead, it’ll move you ahead a little bit, so you can completely avoid the dangerous encounter on your second try.

The developers have employed dim lighting to immerse the player in the horror atmosphere. The landscapes in this game are very diverse, and the graphics are of high quality.

The desert and the other realm are presented in a totally different way. Each of them has a unique visual style, as if modern works of fantasy realism served as inspiration for the game. A lot of attention to detail has been paid into sketching and painting the loading screens’ drawings, the notes, and the desolated buildings.

There are two ways to play the game: exploration or survival. The exploration mode is ideal for you if you value narration and a thorough reading of each note. But survival mode is where you may put your stealth skills to the test while still protecting your sanity. The developers have also included a special “Adventure Mode” for those who want a less terrifying playthrough.

The musical background successfully sets the mood for what is coming in the game. Players are able to delve into Tasi’s recollections, her past and future, and the other realm through a blend of shifting melodies that appear at the appropriate times or places. For instance, they can listen to soothing tunes that suddenly shift to dark ambient sounds that enhance the feeling of fear when coming near the ghosts. As a result of such sound effects, the game becomes more tense and atmospheric.

The game has intriguing puzzles, frightening ghosts, and a good dose of horror that will keep you wondering what will happen next. It might take some time before you get into the plot, but once you do, you’ll find yourself in a memorable setting that integrates narrative and gameplay in a subtle but clever manner. The length of the game is appropriate for a story-driven horror title of this sort, and once you finish it, you’ll be up for more.

Can you play Amnesia: Rebirth on Mac?

Despite not being made for Macs, Amnesia: Rebirth can be played on them. If you have a Mac and want to play Amnesia: Rebirth, you have two options: sign up for a cloud gaming service like Boosteroid or GeForce Now, or use Windows emulation software like Parallels or Boot Camp Assistant.

Downloading and playing Amnesia: Rebirth on a Mac requires either a Windows virtual machine (using a tool like Parallels) or a dedicated Windows partition (created with Boot Camp Assistant). You can download Amnesia: Rebirth on your Mac as soon as you have a Windows OS set up and running using one of the methods we just mentioned.

How to Play Amnesia: Rebirth on Mac

You can play Amnesia: Rebirth on Mac via cloud gaming solutions like Boosteroid and Geforce Now. Another option is to install a Windows operating system on your Mac via specialized software like Parallels or Boot Camp Assistant.

How to play Amnesia: Rebirth on Mac M1

Using a cloud gaming platform like Boosteroid or GeForce Now makes playing Amnesia: Rebirth on a Mac M1 a breeze. Cloud gaming eliminates the need to store the game on your hard drive. Also, your Mac’s hardware requirements are irrelevant since you can play right in your browser.

If you don’t want to play on the cloud, you can use Parallels to create a Windows-based Virtual Machine and play the game locally.

Keep in mind that the game cannot be played with Boot Camp Assistant on a Mac M1 due to incompatibility of the program with Apple Silicon chips.

You can play Amnesia: Rebirth on Mac (M1 and Intel models) with Boosteroid. Read our detailed guide.

How to Play Amnesia: Rebirth with Boosteroid

You can play Amnesia: Rebirth on Mac (M1 and Intel models) with Geforce Now. Read our detailed guide.

How to Play Amnesia: Rebirth with Geforce Now

You can play Amnesia: Rebirth on Mac (M1 and Intel models) by installing Windows on your Mac with Parallels. Read our detailed guide.

How to Play Amnesia: Rebirth with Parallels

You can play Amnesia: Rebirth on Mac (Intel models only) by installing Windows on your Mac with Boot Camp Assistant. Read our detailed guide.

How to Play Amnesia: Rebirth with Boot Camp
Mac How To, reviews