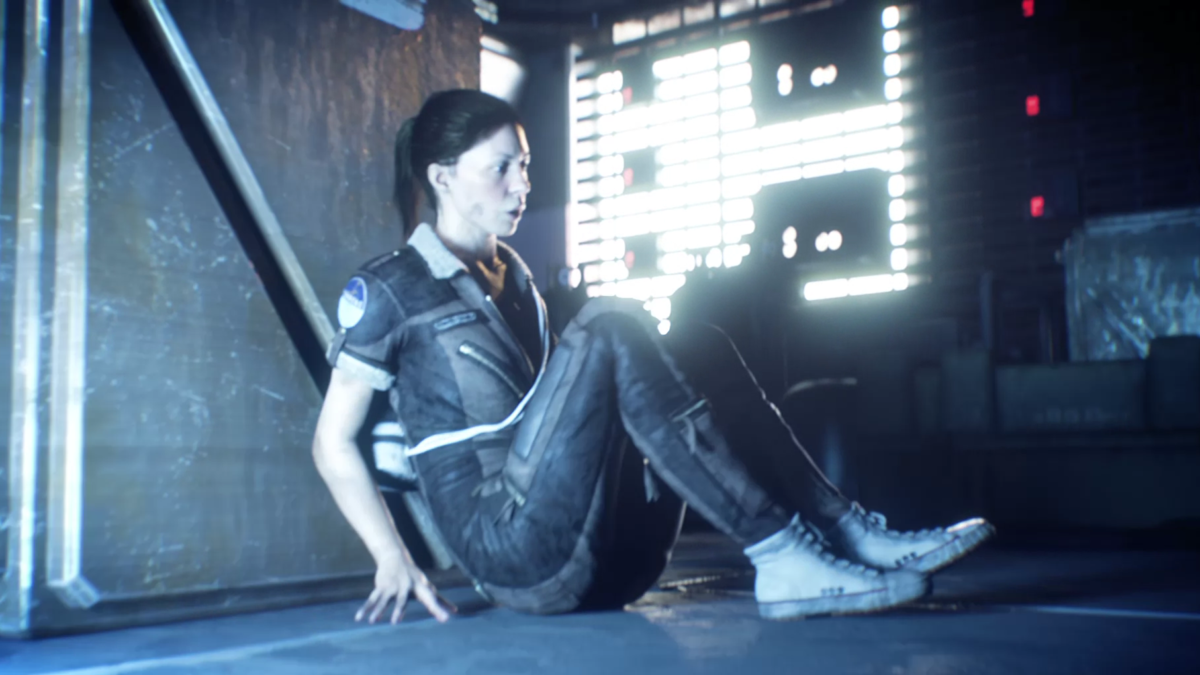 Alien: Isolation is an action-adventure video game with survival horror elements, inspired by the 1979 film Alien. The game was released in 2014 and follows the adventures of Amanda Ripley, daughter of Alien protagonist Ellen Ripley, as she investigates the disappearance of her mother on the space station Sevastopol. Upon entering the station, Amanda learns that aliens have wreaked havoc inside the station and that she must use everything she has to avoid mortal danger.

There are two easy methods to running Alien: Isolation on a Mac. The game can be downloaded and installed on a Mac with ease, since it is officially supported for the Mac operating system.

But, even though this is the default method for playing Mac games, there’s a faster and easier alternative that doesn’t call for any game installation. What we are pointing out here is the ability to play games on a Mac online by using a cloud gaming service like Boosteroid.

Alien: Isolation  is available for streaming in your browser on this cloud service and if you decide to give it a try, you don’t need to worry about system space or satisfying the game’s requirements. You can load and play the game on any Mac, even models with an M1 or M2 chip.

However, before you scroll to the how- to’s, let’s take a look at what Alien: Isolation has to offer in terms of gameplay and why you may be interested in it.

The game is experienced from a first-person perspective and focuses on stealth rather than direct combat. The player takes on the role of Amanda Ripley and explores a space station by completing different objectives while avoiding, luring, and eventually killing hostile aliens.

The objectives vary in difficulty and include accessing information through in-game computer terminals, turning off security cameras, adjusting the space station’s air-purification system, collecting a certain number of objects, or traversing a difficult terrain to reach a particular location.

The player can run, climb, hide in vents, under tables, or inside lockers, crouch behind different objects, and look over or bend around them when necessary.

The player has a health bar which goes down when enemies attack them, but it can be refilled with medkits made from supplies in Amanda’s inventory. If Amanda dies, the game starts again from the latest save point.

On her journey through the station, Amanda faces up against a wide range of foes, including human survivors and hostile androids. The player can decide to either kill these enemies or avoid them by employing stealth and distractions.

Aside from the various foes that come on the way, throughout the entire game, the player is constantly pursued by an alien entity. To stay alive, the player must use different covert strategies and outsmart it.

The alien can track down the player using their senses of sight or hearing. The player, on the other hand, has access to a torch and a motion tracker that help them keep tabs on the alien’s moves. However, using these tools increases the alien’s likelihood of discovering the player. For instance, the tracker’s sound will attract the alien if it is near enough.

Over the course of the game, Amanda is able to acquire a variety of weapons, including a flamethrower, a shotgun, and a revolver. Each weapon is more effective against a specific type of foe, so players should use them wisely. The alien that is chasing the main character, for example, is scared of flames; thus, using the flamethrower forces it to run away and hide in the ventilation system of the space station.

Crafting different items, such as EMP detonators, noisemakers, molotov cocktails, and pipe bombs, is possible by gathering materials from the environment. Ammo is scarce, though, therefore, the player should often rely on stealth and avoid close encounters with foes by attracting them to an opposite area of the map or distracting them.

The Sevastopol space station that the player explores is divided into several sections that are connected by elevators and trams. Additionally, there are doors to particular locations that require performing a specific action in order to open them, such as inserting a keycard, entering a code, or slicing them open with welding torches. An automap facilitates navigation between the different locations.

Aside from the story campaign, Alien: Isolation also has a unique mode called Survivor Mode, in which players must race against the clock to achieve goals on a variety of maps while being constantly chased by the Alien. The alien’s artificial intelligence in this mode is particularly remarkable, as it responds dynamically to your actions and strategies. This keeps each encounter feeling new and challenging.

The game impresses with its retro-futuristic aesthetics, which are inspired by Ridley Scott’s 1979 classic Alien movie. In order to accurately replicate the film’s ambiance, the game designers have taken clues from its original costume photographs, concept drawings, behind-the-scenes images, and videos. Therefore, the game features low-fidelity, 1970s-inspired images of the future and dated technology such as phone receivers, monochrome screens, and CRT monitors. The soundtrack of the game has also been composed from tunes taken from the film’s original sound recordings.

Alien: Isolation is a survival horror game that offers tense and thrilling gameplay, complemented by an intriguing plot and excellent sound design. The game is faithful to the original film it draws inspiration from and does a fantastic job of making you feel completely alone in your struggle for survival against a deadly alien and hostile enemies.

Can you play Alien: Isolation on Mac?

The Alien: Isolation is a title that has an official Mac version which can be played directly on your Mac machine as long as you meet the game developer’s system requirements. Alternatively, you can play Alien: Isolation on a Mac without downloading and installing it if you use a cloud gaming service like Boosteroid. This service allows you to stream the game in your browser and play it directly without taking up physical space on your disk.

How to Play Alien: Isolation on Mac

You can play Alien: Isolation on Mac by streaming it in your browser with a cloud gaming service like Boosteroid. Or, you can download and install the game on your Mac by purchasing it from a trusted gaming store.

First, however, you will need to buy the game. Make sure that you are getting the MacOS version.

How to play Alien: Isolation on Mac M1

There is no need for elaborate setup when a cloud gaming service like Boosteroid is used to play Alien: Isolation on a Mac M1. You may also play the game by purchasing it from a reputable online store, downloading it, and then installing it with the help of the retailer’s client software on your Mac. A version of the game that is supported for macOS is available on Steam, so setting it up shouldn’t be too much of a trouble. Just make sure that your Mac meets the game’s system requirements and that you are downloading the MacOS version.

You can play Alien: Isolation on Mac (M1 and Intel models) with Boosteroid. Read our detailed guide.

How to Play Alien: Isolation with Boosteroid