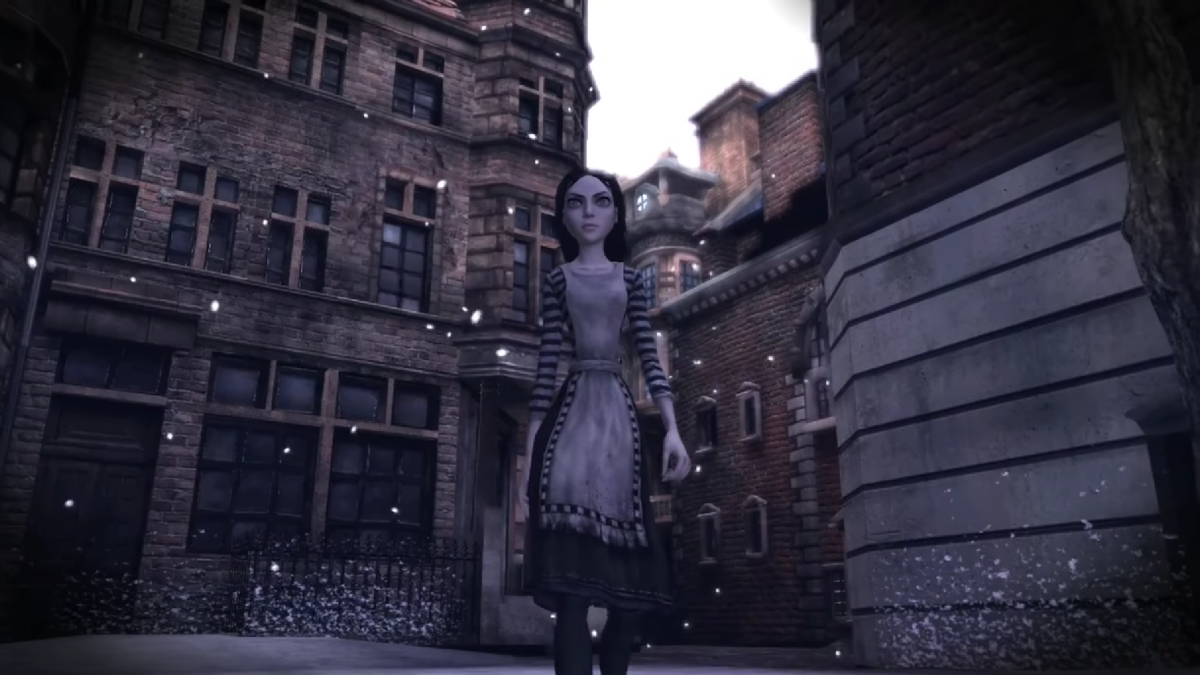 Alice: Madness Returns is a 2011 single-player action-adventure game released as a sequel to American McGee’s Alice of 2000. The game takes players to a twisted Wonderland where they have to reveal secrets, fight enemies, and face various challenges to understand the roots of Alice’s madness and overcome it.

To play this game on a Mac, you can use Windows emulation software. Read on to learn how to put this suggestion into action and get Alice: Madness Returns working on an Intel Mac or an Apple Silicon M1 or M2 model. Due to its lack of macOS support, Alice: Madness Returns cannot be downloaded and played on a Mac in the same way that other Mac-supported games can.

An adequate enough gaming experience may be had, nevertheless, by installing a Windows OS with the help of a Windows emulation program like Parallels or Boot Camp Assistant (for Intel Macs only).

You’ll discover links that go into further details on these two programs in the links provided at the end of the post. But first, let’s take a look at Alice: Madness Returns highlights in the brief review that follows.

The story follows the adventures of a girl named Alice Liddell, who is suffering from visions and hallucinations caused by the loss of her family in a fire. After treatment at a mental health facility, Alice is sent to an orphanage for children who have experienced mental trauma.

As she struggles to accept the loss of her parents, she must overcome her warped fantasy that takes her to a strange version of Wonderland (a place that is the fruit of her hallucination), where a malevolent entity called the Infernal Train is causing chaos.

The game is played from a third-person perspective and consists of different levels. Players take on the role of Alice and navigate her through a dark and dangerous Wonderland by walking, running, and leaping.

Throughout the game, players have to explore a variety of environments that range from forests and castles to halls of mirrors. An important part of the gameplay is the use of Alice’s shrinking potion, which makes her smaller and lets her go through keyholes and see places she can’t see when she’s her normal size, as well as the growing potion that gives her the ability to grow gigantic and stomp on her foes.

Enemy encounters include intense combat, with the character dodging attacks and fighting back.

Alice’s overall health is measured by rose petals. If the health bar drops to zero, the player has to start again from the most recent checkpoint. Health can be regenerated when Alice goes inside giant purple flowers.

If the character falls into a bottomless pit or a poisonous liquid, that doesn’t deal them damage, and they are returned back to the nearest platform. The game also features Hysteria, a limited-use ability that may be activated when Alice’s health is critically low.

Aside from combat, the gameplay involves solving various puzzles, which are intuitive and rewarding. For instance, players have to transform obstacles, memorize melodies, or arrange picture blocks in order to achieve a specific in-game objective.

Listening to voiceovers that tell parts of the game’s story helps players piece Alice’s memories together and deal with her disturbed visions and hallucinations.

Players can use a modest selection of melee weapons during encounters with enemies. However, these weapons can be used in a variety of ways.

Alice’s main weapon is a fancy kitchen knife called the Vorpal Blade. The rest of her arsenal consists of seemingly harmless everyday objects that turn into deadly weapons in Alice’s corrupted Wonderland.

The Pepper Grinder may be converted into a hand-cranked Gatling gun and used to pepper enemies’ noses from a safe distance.

The Hobby Horse is like a sledgehammer, breaking through fortifications and doing severe damage.

The Teapot Cannon is used to fire tea sieves that explode to do significant damage and breach defenses and barriers.

The player can make these weapons more powerful by collecting teeth scattered around the game’s different levels or dropped by enemies.

There are two more weapons, which are used for defense, but they are not upgradeable: An umbrella that functions as a shield, deflecting and reflecting most incoming projectiles, and a Clockwork Bomb which is a time-delayed rabbit alarm clock that deals minor harm to attackers but is best used as a luring object.

As the players advance in the story, they get to encounter familiar characters from the famous Lewis Carroll book, like the Cheshire Cat, the Mad Hatter, the Caterpillar, and the Red Queen. However, in this game, they are presented in a dark way and evoke a feeling of horror.

Alice: Madness Returns is a captivating adventure game that can be played over and over again with no loss of enjoyment. The developers have successfully blended the game’s story with a soundtrack and visuals that immerse players into a twisted Wonderland, full of perils that keep them on their toes till the end. After completing the game, there is an option to start a new one that allows the player to keep all of their prior progress, including weapons and upgrades from the previous playthrough.

Can you play Alice: Madness Returns on Mac?

Alice: Madness Returns can run on Macs despite the fact that it is not officially supported for them. Of course, you need to use a workaround method such as Windows emulation software like Parallels or Boot Camp Assistant on a Mac to install and play the game but once you do that, you can play Alice: Madness Returns as if you are playing it on a Windows PC.

Alice: Madness Returns cannot be downloaded or played on a Mac without a Windows virtual machine (using software like Parallels) or without having a dedicated Windows partition (created with Boot Camp Assistant) on your MacOS. Once you’ve had Windows OS up and running on your Mac using one of the programs we just mentioned, however, you can proceed to downloading and installing the game in the same way that you would normally install a Windows game and play it.

How to Play Alice: Madness Returns on Mac

To play Alice: Madness Returns on Mac you have to install a Windows operating system on your Mac via specialized software like Parallels or Boot Camp Assistant.

Before you do so, however, you will need to get the game.

How to play Alice: Madness Returns on Mac M1

Playing Alice: Madness Returns on a Mac M1 is a breeze with the help of a program like Parallels. This program can be used to set up a Windows-based Virtual Machine on your MacOS and run Windows games on it.

You should know that Boot Camp Assistant cannot be used on a Mac M1 because it is not compatible with Apple Silicon chips. Therefore, this program is only an option for Macs with an Intel proessor.

You can play Alice: Madness Returns on Mac (M1 and Intel models) by installing Windows on your Mac with Parallels. Read our detailed guide.

How to Play Alice: Madness Returns with Parallels

You can play Alice: Madness Returns on Mac (Intel models only) by installing Windows on your Mac with Boot Camp Assistant. Read our detailed guide.

How to Play Alice: Madness Returns with Boot Camp
reviews

The VPN we've been using on our macs